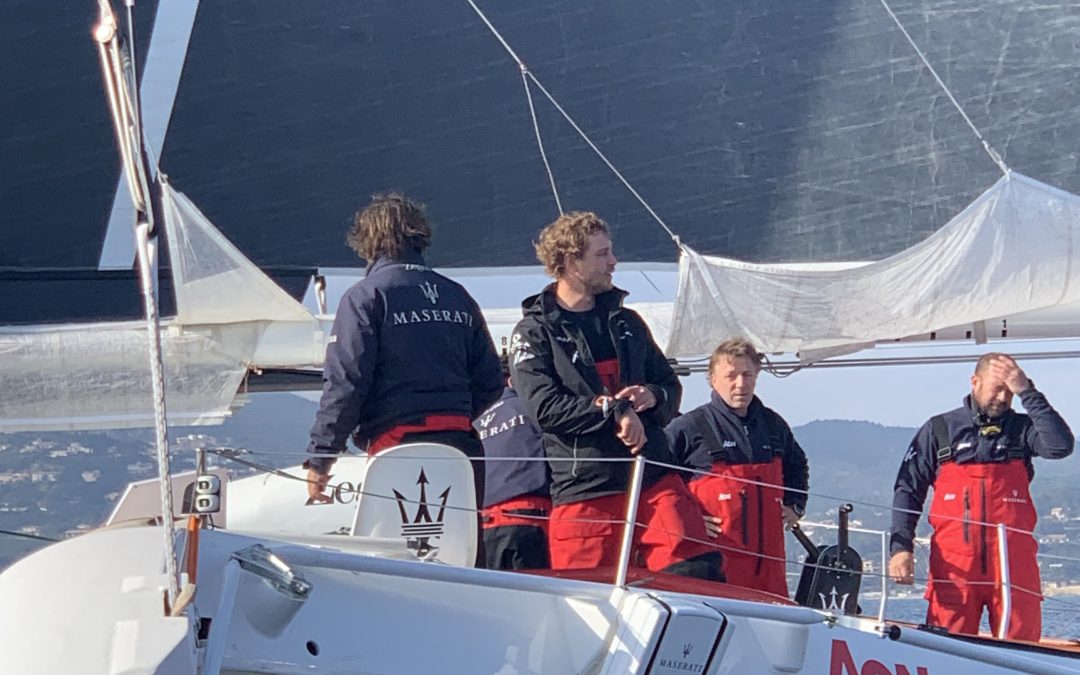 On Saturday 6 March 2021 the Wally Record took place between Monaco and Saint-Tropez, in which the Multi 70 Maserati led by Giovanni Soldini took part. Pierre Casiraghi, Vice-President of the Monaco Yacht Club, was one of the five other members of the crew. The Société Nautique de Saint-Tropez, represented by its president, Pierre Roinson, naturally took part in welcoming the boat and its crew to the sea.

This 48-nautical mile speed event was created in 1999, on the initiative of the Monegasque boatyard Wally, in collaboration with the Yacht Club of Monaco and the Société Nautique de Saint-Tropez.
After 2 hours, 25 minutes and 44 seconds of sailing and an average speed of 19.76 knots, Maserati crossed the finish line in front of the Portalet Tower in Saint-Tropez at 15:22:18. This record was registered by Georges Korhel, the race director of the Société Nautique de Saint-Tropez,” said the YCM in its press release.

With a length of 21.2 metres and a beam of 16.8 metres, Maserati, which can reach speeds of up to 40 knots, benefited from good weather conditions throughout the race, with 15 knots from the east and gusts of up to 25 knots at the start, before turning north-east later in the day.

“I am happy to see Giovanni again. It is always a pleasure to sail alongside him and to try out this 70ft trimaran that has just left the yard. We recorded top speeds of over 30 knots during this sailing. It’s a shame that the wind died after Cannes. I’m sure Giovanni will break many new records in the future,” commented Pierre Casiraghi, who was received ashore by Sylvie Siri, Mayor of Saint-Tropez.

The Multi 70 thus sets a new record for multihulls, previously reserved for monohulls, and held by Norwegian Knut Frostad, who completed this course in 3 hours 4 minutes and 40 seconds aboard Nariida, a 32m ketch, on 20 October 1999, the Yacht Club recalls. 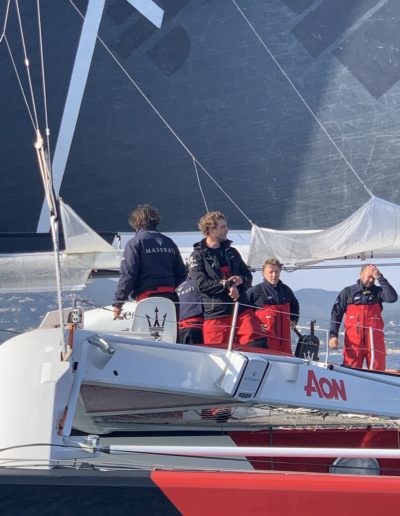 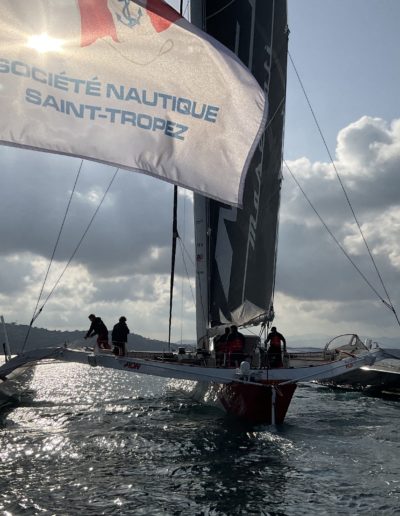 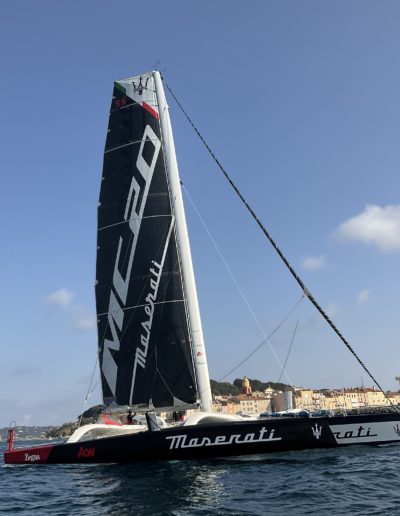 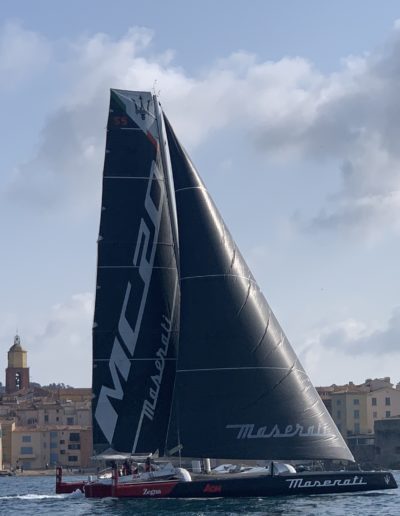