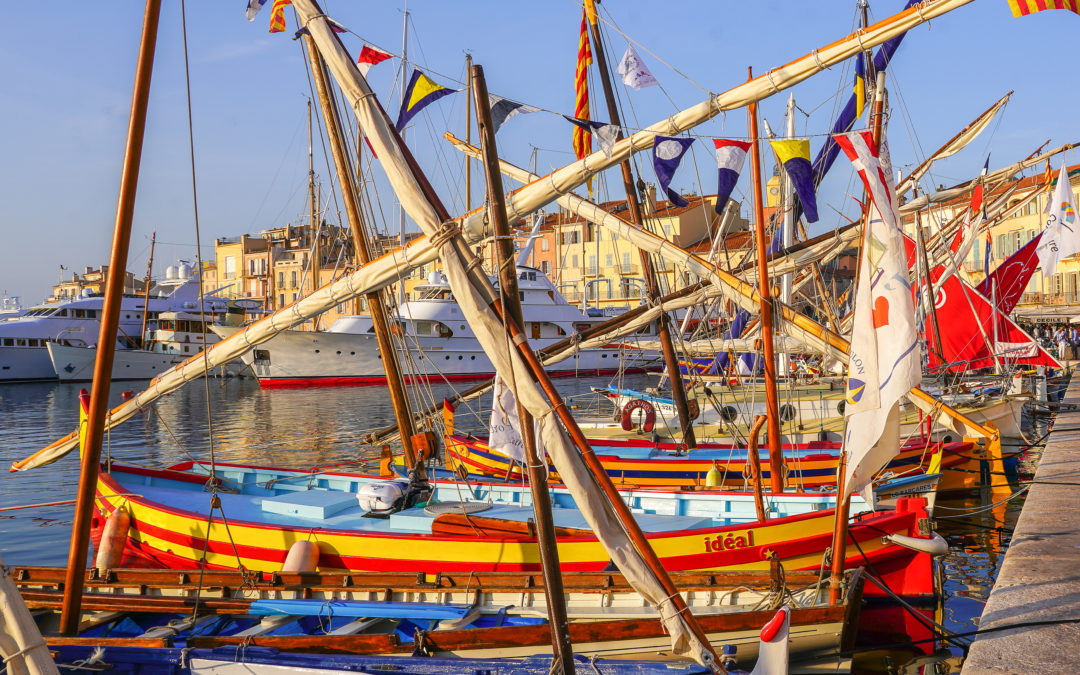 Since 2001, Les Voiles Latines à Saint-Tropez has been lighting up the harbour with this colourful celebration of Mediterranean maritime culture. Organised by the Saint-Tropez town council via the harbour and SNST sailing club, the event showcases traditional boats, craftsmanship, gastronomy and art, with delegations from Catalonia, Pisa and Tunisia in attendance.

The lateen is a triangular sail which for millennia was a common sight across the Mediterranean, particularly on the fishing boat that symbolises this legendary sea – the pointu. It is this sail which takes centre stage at the end of May every year when pointus from Italy, Spain, Tunisia and France descend on Saint-Tropez. This is a meeting focused on heritage, exchange, competition and socialising, all of which offer the public a spectacle to remember, both ashore and at sea. Head to the Vieux Port to see a procession of traditionally rigged boats including pointus, Marseille barques, Catalan boats, feluccas, gozzos, tarquiers and tartanons which are all moored up on the quay when not racing. Llagut (rowing boat) competitions and races for children from the sailing school bring the Vieux Port alive during the week.

Ashore, a temporary village springs up on the Harbour Master’s Office esplanade, with stands and workshops lining the quays (carpentry, ropework, basketwork, etc.) for visitors to discover these regions’ skills. For foodies, a market set up in Place de la Garonne offers gastronomy workshops and a host of local specialities to sample (wines, cheeses, charcuterie, patisseries and all kinds of groceries). Children are not forgotten: they can admire traditional fishermen’s huts and have a go at “climbing the mast” of a square rigger thanks to AccroVoile, a fun activity much appreciated by these apprentice privateers.

Held under the patronage of the association ‘Les Toques Blanches du Roussillon’ and Western Pyrenees Chamber of Commerce & Industry, the Young Chefs Competition pits hotel school students against each other under the watchful eyes of Catalan chefs and guests of honour like Michelin-star Chef Philippe Colinet and Sandro Sposato, a graduate of the Paul Bocuse Institute. Staged on Quai Suffren, students are competing in conditions that mirror those of cookery contests on TV but against the stunning backdrop of the Vieux Port and lateen sail rigged pointus.

Contestants have two hours to produce a menu based on flavours from their regions, including one dish from a pre-selected basket of ingredients common to all. Their creativity is given free reign, watched by the public, with the recipes then being distributed online and ingredients from these regions on sale in the Place de la Garonne market.

Application for artisans and stall holders