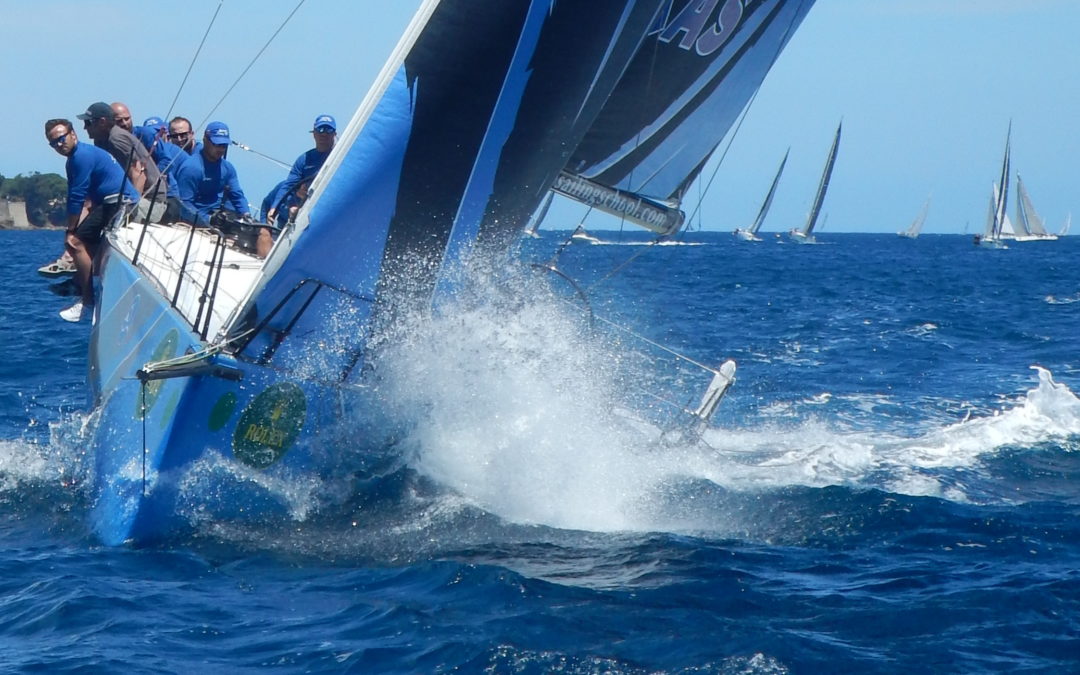 A spectacle we admire and feel in our bones! Les Voiles de Saint-Tropez is the event of the year that no sailor worth their salt wants to miss. The yachts usually moored in the harbour leave to make way for the majestic modern and classic sailing yachts. It is a truly wonderful sight to see the harbour shimmering with tall masts rising into the sky during this one week of the year.

Initially called the Nioulargue, the event has its origins in 1981 and a challenge between Dick Jayson, owner and helmsman of Pride (Swan 44), and Jean Lorrain at the helm of Ikra (12M IR), thrown down via an intermediary, Patrice  de Colmont, owner of Club 55. The challenge was a race starting from the Portalet tower,  the winner inviting the loser to lunch at Club 55! It was all very friendly and was won by Ikra. The following year, a request came from the American seeking revenge and so began a story that we are still admiring and enjoying today.

In 1999, the event was entrusted to André Beaufils and Thierry Catino, then President of the SNST, and was renamed Les Voiles de Saint-Tropez.

A wonderful competitive meeting held in a convivial very international atmosphere, with racing at the end of each day ending in the Voiles Village as sailors crowd round the pop-up bar to exchange stories. A whole range of stands are open all day and evening, contributing to the festive atmosphere.

The year 2020 marks another landmark for the event which up to now has spanned a week. The new programme extends over two weeks and promises a breathtaking spectacle. Now the course will be able to accommodate all the big boats in the best conditions with the creation of the exclusive Les Voiles Super Boats.  On the programme will be new inshore courses for the 300 boats expected for the meeting: classic and modern sailing yachts, Wally, Loro Piana, Mini Maxis, Super Maxis, Schooners, GTR and J Class.